Finally we talked about Molarity. Molarity is moles/Liters and is a quantitative way to measure concentration. Molarity descirbes with numbers if a solution is dilute or concentrated. It is a pretty easy formula so students zoomed through it. Molarity changes with the amount of solute OR the amount of solvent (liquid).

The formula is M1V1=M2V2. These questions will mention molarity twice and volume twice and will not mention moles. Three numbers are given and the fourth needs to be solved for by isolating it through division.

When diluting substances the molarity (concentration) decreases or becomes more dilute because more water is added to the original solution. The number of moles of solute stays the same, but the molarity changes because the volume increases.
Posted by KIM! at 2:26 PM No comments: 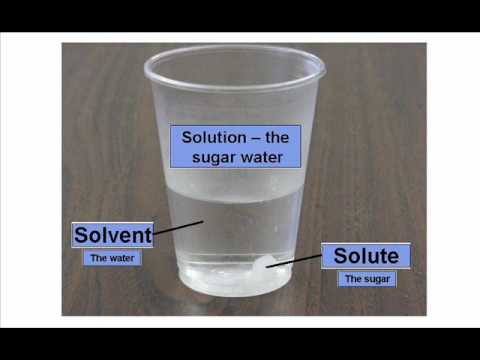 Today in class we discussed solutions. Solutions are homo- geneous mixtures comprised of solutes dispersed in a solvent. Water is the universal solvent, but not the only solvent. For example, a marshmallow is a solid (sugar) solute dispersed in a gaseous solvent (air).
Solubility is how well something dissolves. Some things are very soluble, and some are insoluble (do not dissolve).

Solutions can be super-saturated if they are heated because they can hold more solute than normal. Even if you cool these solutions back down, they will still hold this additional solute in solution. Sweet Tea and all candies are made by first making super-saturated solutions and then cooling them.
For an excellent website about all of these topics and others regarding solutions that have and will be covered in this unit - check out this useful website.
Posted by KIM! at 2:24 PM No comments:

Today we discussed matter. Everything in the universe is made up of matter. Matter can be classified as substances of mixtures. A substance is pure and is either made up of elements, the simplest form of matter found on the periodic table, or compounds - two or more atoms chemically combined that can be represented with a formula (ie. H2O). 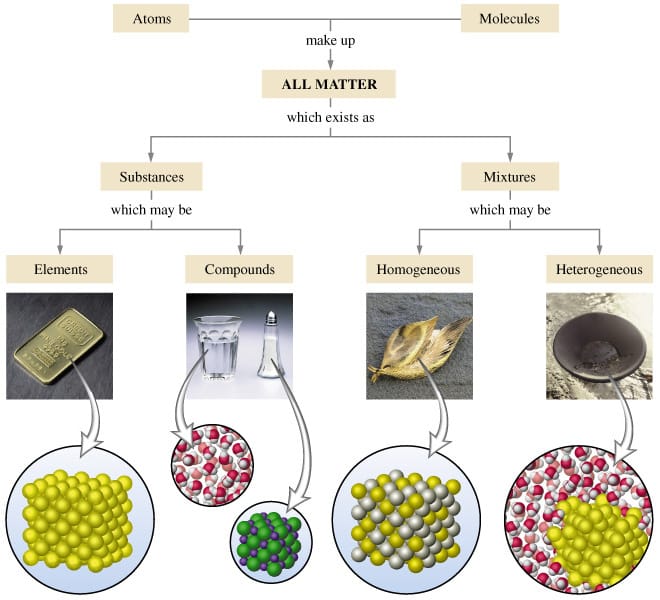 A mixture is two or more things (substances or anything really) in the same place at the same time. Salt water is a tricky one because we know we can write a formula for salt (NaCl) and water (H2O), but it is a mixture because when mixed in solution, these compounds do not combine. Mixtures can be heterogeneous of homogeneous based on how the solute is spread through the mixture. Heterogeneous mixtures are not mixed evenly and each sample could be different - like salad, chocolate chip cookie dough ice cream, air, and soil. Homogeneous mixtures are the same throughout like creamy peanutbutter, vanilla ice cream, pure air, sugar, and kool-aid.

One important thing we discussed today was the Law of Conservation of Matter proposed by Lavoisier. Basically matter cannot be created or destroyed... it is conserved or recycled or moved somewhere else, but it cannot magically appear or disappear!

After discussing these ways to classify matter, teams worked on sorting matter. Instead of doing this all at once we did this in four rounds, first asking them to classify substances versus mixtures, then classifying the the substances as elements or compounds, then the mixtures as homogeneous or heterogeneous and finally another mixture sort just to make sure they got it.
Posted by KIM! at 2:25 PM No comments: 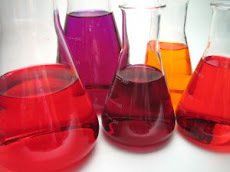 This blog is for Ms J's chemistry class - students, parents, guardians and anyone else who is interested.

Please feel free to post your comments at any time. They will not show up until they are reviewed, but rest assured I will receive them.

If you would like to email me, the address is jancaikt@lcps.k12.va.us. 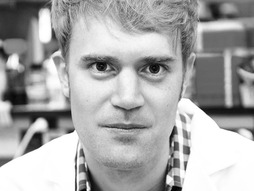 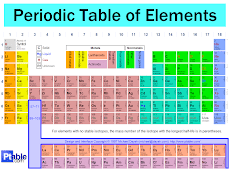 If you were absent for the Physical versus Chemical lab, you can make up the majority of it by following the link below and watching YouTube videos of the experiments. You can also just check them out because they are cool.

If you need to make up the flame / fireworks lab... or you just want to see more. Check here.

I think this will be the video link. If it doesn't work, come to ROAR block to watch it.